In 1927, Fred Trump, father of Donald Trump, frontrunner for the Republican Party’s presidential nomination, was arrested in Jamaica, Queens, in New York City after more than 1,000 hooded Klansmen marched through the neighborhood and spurred a riot.

The Washington Post reports (via Boing Boing) that Fred Trump was one of seven men arrested on the scene at the Memorial Day fracas.

The brawl was one of two to occur that day. In the other, two fascists were killed by anti-fascist protestors in the Bronx. In response, Police Commissioner Joseph A. Warren called out these “class” parades, saying fascists and the Klan had nothing to do with Memorial Day, and that the Klansmen had broken a promise to the NYPD to “not wear any symbols of the order” while marching. 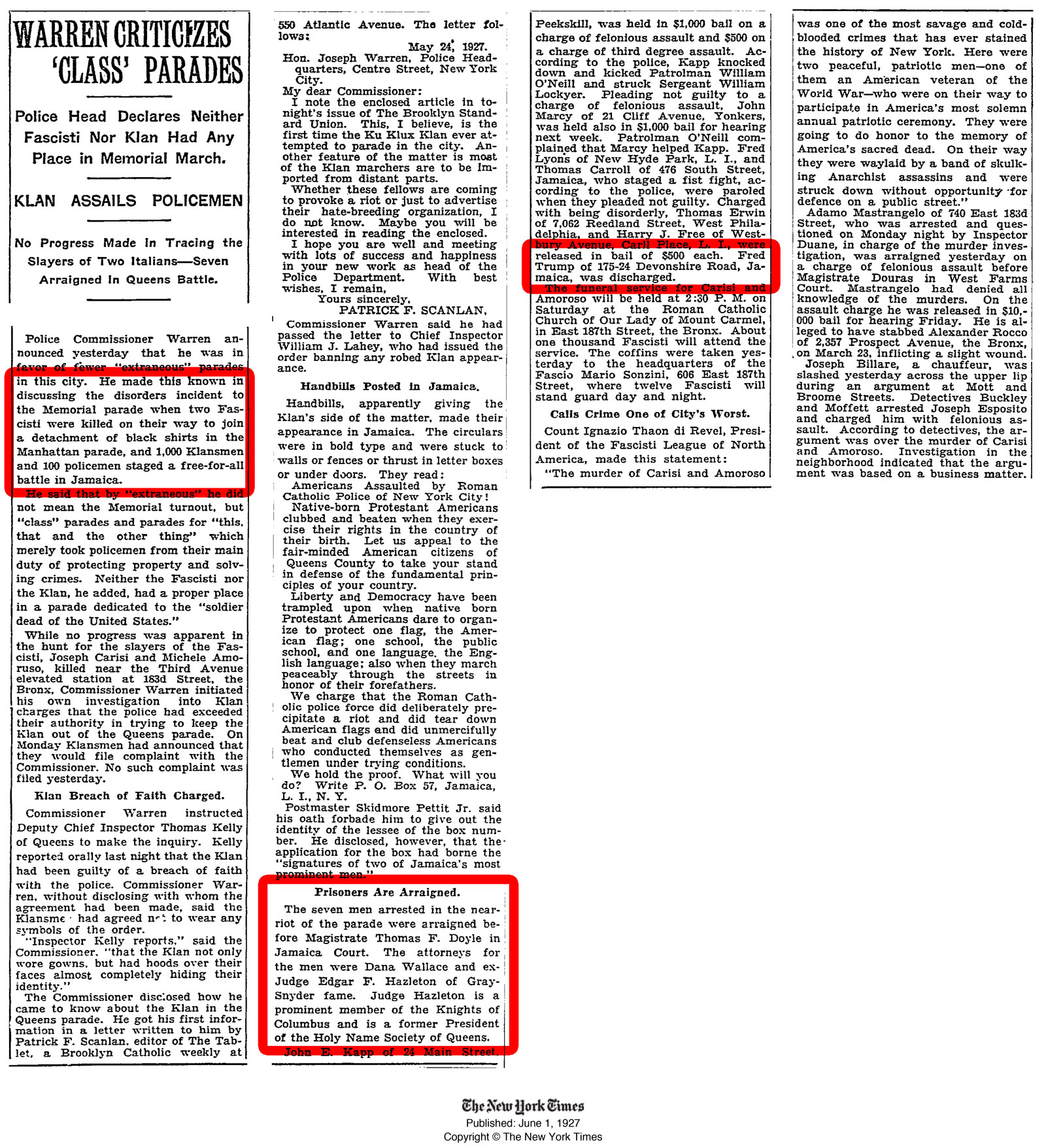 The impetus of the brawl may have been, per the Post, fliers handed out beforehand by the Klan saying their rights as a Protestant group were being trampled on by the Catholic police force of the city.

The seven men arrested in Queens were all represented by the same attorneys, strangely, with Trump held “on a charge of refusing to disperse from a parade when ordered to do so.”

Donald Trump was asked about his father’s arrest last year by the Daily Mail and he vehemently denied the story’s veracity, saying:

Trump is only partially right. The Paper of Record clearly states that the then-21-year-old Fred Trump was arrested at the scene, however, he was not convicted or fined for his involvement, for whatever reason. The other six men were charged with felonious assault and disorderly conduct and held on bail, but Trump was discharged completed.

As Boing Boing noted, this arrest record isn’t exactly proof that Fred Trump was in the KKK, but “it’s conceivable that he may have been an innocent bystander, falsely named, or otherwise the victim of mistaken identity during or following a chaotic event.”

So while it’d be easy to say nativist politics run in the family, it’d be unfair to label Fred Trump as such.